Passion Passport: http://passionpassport.com/instagram-spotlight-erol_is/ "We feature some of the brightest Instagram storytellers in the Passion Passport community through our Instagram Spotlight series. This week, Erol Ahmed (@erol.is) tells us the stories behind some of his most intriguing shots."

I have been a designer, creative director, and maker for over 15 years. As Creative Director for startups and agencies, I have built and managed branding, design, and product launches from idea to production. I approach design holistically — customer delight, brand experience, detail, and value — that has helped many brands reinvent and launch themselves into the world. 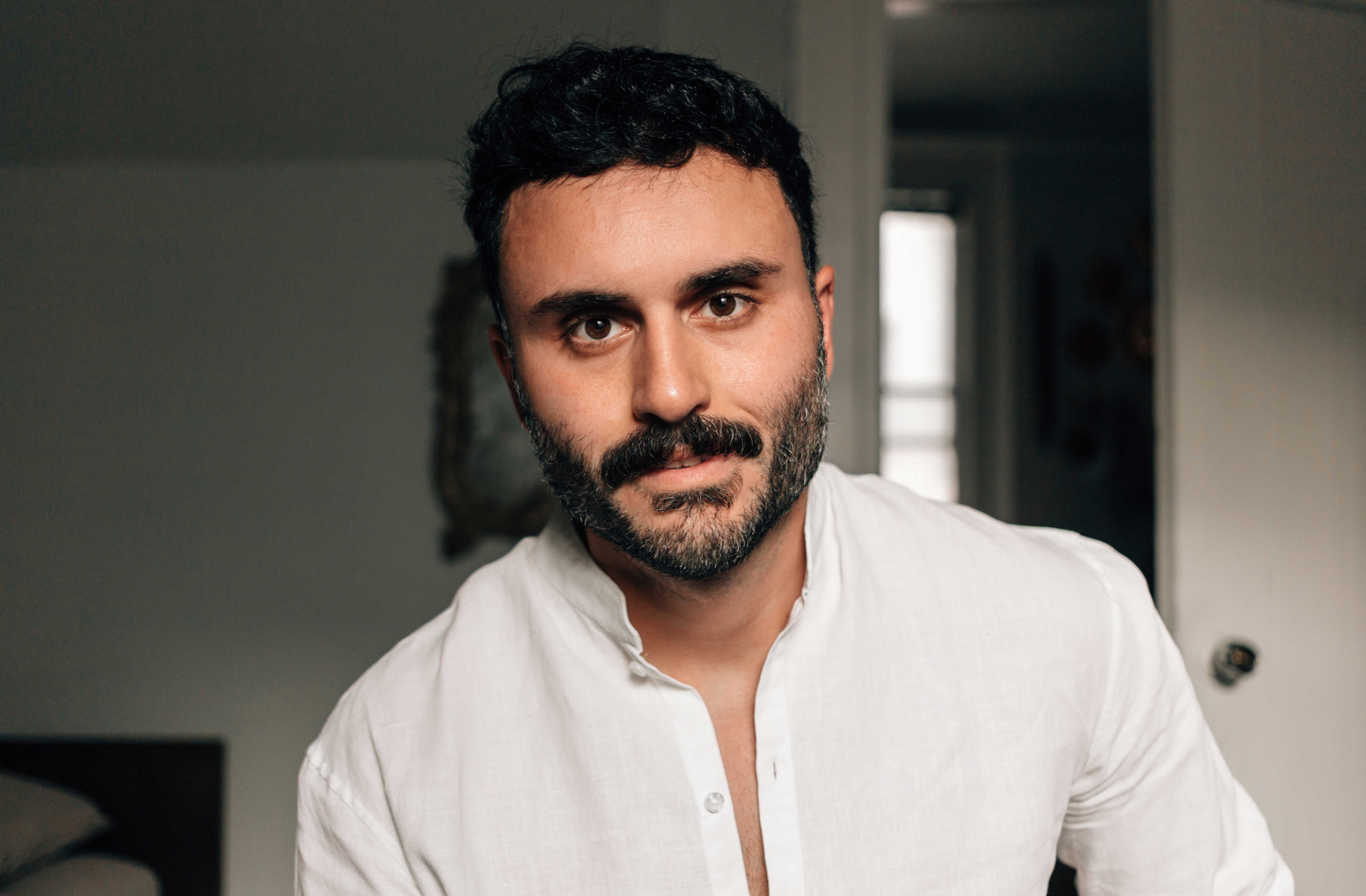 Email me about working together.

I believe that great design moves people. As a designer, I have an ability to organize space to create the stories, emotions, actions, and ideas that propel people forward. After all, it’s people that matter and helping people accomplish more with design is empowering for me.

I’ve been a practicing designer for over 15 years. It started first with printing off pages of font specimens I made myself by typing out every letter on the keyboard. I’d print page after page and paste them on my wall to study what made a letter unique between different fonts. I kept working on design: school clubs, non-profits in my home town, and college work with the university. Eventually, I started a company with my buddy, and I was able to fully invest into working as a creative director to orchestrate design so that it became a competitive advantage.

I’ve worked on websites for as long as I’ve been a designer. Maybe that’s because I was born at a time when that’s what we did as designers: create websites. If I started working ten years earlier or ten years later, it could have been something else.

Fluency working with non-designers on design-related topics is important to me, and something I’ve had the benefit of pursuing. Engineers, sales associates, leadership, and clients all touch design. I’ve worked within engineering and products teams under CTOs and technical project managers. Likewise, I’ve managed teams of engineers of up to six people coordinating their sprints, launching products, and figuring out ways to make design part of their vocabulary and integrating it into their workflows as easily as possible. I still think design needs strong advocacy within an organization, and even when design has a seat at the table, it is often a stool and not a chair. 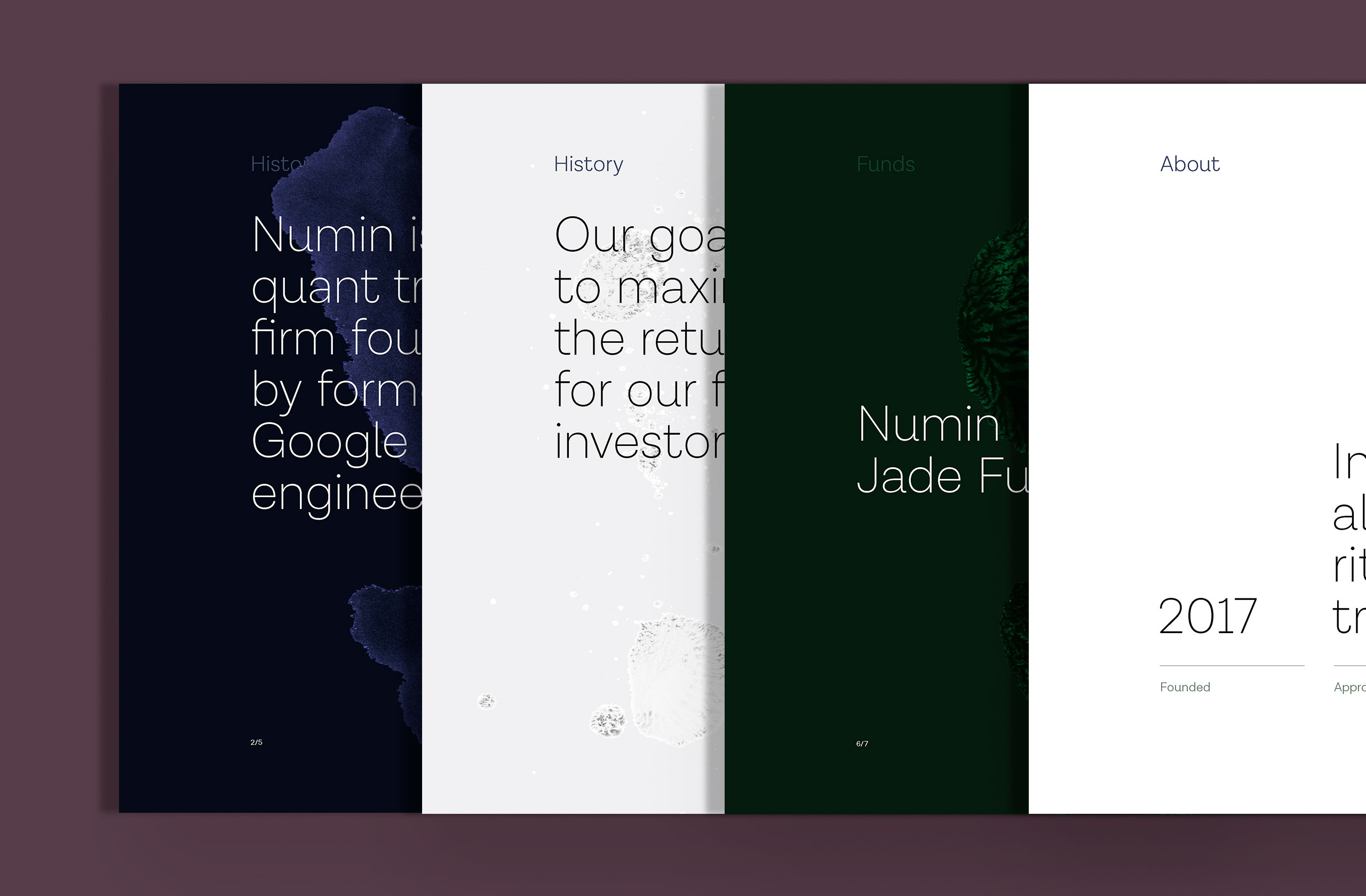 Designers actually can translate business acumen and business needs into concrete ideas and actions faster than most other people. Why is that? Designers often get strategy and business talking more fluently because they can materialize what’s stuck in the minds or locked on the pages of others. Designers use a Philosopher’s stone to create things out of thin air. It’s part alchemy and part science. Feeling and fact come together in wonderful ways, which keeps me excited about what design is and will be.

There are things I believe in: the connection we feel to positive design; the honesty of a page set in good type; the way design can jump over barriers; and the feeling of rhythm when a layout is just right. I enjoy taking an idea in my head and giving it shape. Sometimes I’m lucky enough to apply these principles to the work I do.

There are also some things I’m against: designing without intent; removing the personality from the work designers do; and forgetting the value of taste and opinion in creating visual work.

What’s exciting is that the field of design has both its unique voice and is becoming more and more integrated into other parts of organizations. I’m constantly amazed at how organizations and people are working with design and the impact it has been having. It requires us to keep on our toes and to fearlessly push forward to learn and adapt. It required me to handle delicate and important decisions with clients in the work that they do through honesty and direct communication. I’ve spoken to audiences in colleges and offices about the what, the how, and the why of design.

At the heart of good design — unlike any other fields — is taste. Taste is an avoided term in business because people fear it cannot be teached but only developed internally through years of sensitive practice. That is true. As such, it can’t be quantified as easily or understood by non-designers. It frightens and confounds, but it shouldn’t be ignored or feared. Data can never replace taste for the same reasons that logic cannot replace emotion: they exist together pushing and pulling into a final vision.

And so I continued to travel, proselytize, write, engage, question, and create to help make design better. I’ve been fortunate enough to work with amazing people and have launched dozens of projects ranging the gamut across print, media, digital, software, packaging, music, consumer goods, photography, branding, and interfaces. In the past four years, I’ve worked on with over fifty different companies. My generalist background and exposure to many different disciplines and businesses in design and technology make me keenly aware of the connections in how design can have an impact at the organizational and business level — and most importantly bringing delight and joy to the people that use my designs.

Good design is good business, after all, and a good life.

My biggest fear today: design is beginning to lose its voice as it’s absorbed into bigger disciplines. It is our challenge and our job to bring a voice back to design: to champion its unique value and way it can shape human emotion, storytelling, and change.

Promoting and establishing Built Robotics as the leader in construction robotics.

My role at Punch was designing, creating, and nurturing the creative ecosystem that companies rely on to engage and delight their customers through product, design, and brand. I managed designers and engineers to launch successful products and services for over 50 clients.

I worked with a remarkable team creating a design vocabulary that established Twice as the destination for secondhand fashion online. Under my direction, we in-housed everything creative: photography, UI, product, web, mobile, iOS, Android, and print.

I designed the product, hardware, user interface, and identity for Instore, which included iOS, web, marketing, and branding. I managed other designers in illustration, film, and graphics, as well as engineers, to develop our flagship product, Instore, an iPad-based point of sale system for retail and restaurant businesses.

I worked with multiple departments, professors, and schools as a graphic designer and front-end web developer.

From May 2008 to September 2009, I was an employee of the Art at Michigan, a division of the Office of New Student Programs, and designed, coded, and maintained a standards-compliant website and weekly newsletter. I worked with team of 2 Web masters and 2 designers. Created in-house style guide and standards manual for the production of consistent branding and coding practices for the staff.

In tandem, from July to November 2009, I designed and coded the site for the national Arts Administrators in Higher Education, which advances the use of the arts in higher education.

At the School of Public Health, I was an Undergraduate Student Research Assistant, to Dr. Allison E. Aiello, where I designed websites, clinical trial posters, and research presentation materials.

The School of Literature, Science, and the Arts employed me in their Development, Marketing & Communications division starting in August 2009. I provided technical support for the various schools and colleges in troubleshooting their websites and CMS systems and submitted bug fixes through SVN. I converted website designs from Photoshop files into compliant (x)HTML and CSS sites. I designed various donor and endownment brochures for the 30+ dividions of LS&sA for print production in Adobe InDesign.

I worked with designer Brandon Gheen in coding the customized WordPress CMS for the creative studio of The Silent Giants. I converted Photoshop files into HTML, jQuery, and CSS maintaining the highest design fidelity possible.

A favorite project of mine was assistant fo Prof. Janko in helping to assemble the visual plates section of the monograph published by the British School at Athens on the archaeological site of Ayios Stephanos. I created the layout and design of all 60 pages of the plates section, which involved the editing and proper scaling of nearly 350 photographs and figure drawings of the ancient finds at this site. I was allowed some leeway in creativity and based the layout of items similar to how a curator might lay out pieces for museum visitors in a vitrine.

What a delight it was to archive and persevere works of art, while being immersed in digital workflows. Oftentimes, I would be sitting next to thousand-year-old manuscripts and silver vessels as the photograph prepared each one for photos. It was my task, then, to take these images and attach the correct metadata and inventory information into the digital collections of the Freer and Sackler Galleries and use Photoshop for image preparation. This was during the first time the museum was creating a complete digital collection. I would report to the Head of Photographic Services and Manager of the Rights and Reproductions Division to locate museum pieces for outside client requests.

The Anatolian Voice is the quarterly print publication of TACAM. As Editor-in-Chief, I expanded the role, quality, articles, and design of the publication. I worked with a number of volunteers sourcing photograph, original articles, and news to create a publication that served dual purposes: a place to archive community news and a place to learn more about Turkish culture both present and past. I worked to engage our community members to contribute pieces to the magazine.

I managed the online, marketing, print, and media presence for TACAM. Worked closely with TACAM board to prepare, design, and launch membership and donation drive campaigns. Brought together all media production into a consistent style including email newsletters, website, print pieces, mailers, magazines, and branding guidelines. Working under a tight non-profit budget, I provided professional and well-made pieces and maintained the social media presence of TACAM.